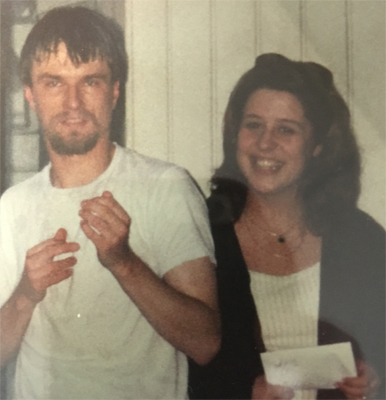 “They say the days are long, and the years are quick”

April 29, 2016 will be my 20th Anniversary with The Arc of Rensselaer County; thankfully it’s also a Friday! I can say for certain that when I crossed over the river, I didn’t anticipate the journey that I was about to begin. We had 28 hour shifts back then, I was a floater (DSP) which meant I worked at every location, but Hoosick St., Detroit and Euclid Ave were places that I called home. They were the absolute joys of my work schedule; now that’s not to say that I didn’t love other place or people, but I had an undeniable, almost innate, connection with the people who lived in those places. I look back at those memories, like I do my childhood memories. For all intents and purposes, they could be because no place and no one person has defined me more than The Arc. Ok, maybe my kids and my husband have had a hand in shaping me too, but in three years, I will have been working at The Arc for half of my adult life. I would be lying if I told you that statement doesn’t impact me; I am who I am because of all of the people who I have crossed paths with over the years, all of the experiences they shared with me and the lessons that came along the way. For that, I am thankful.

I don’t know what the next 20 years will bring, but I hope that for any young man or woman who chooses The Arc for an employer that they will soon realize that here, you can have more than a work place. I hope that you find The Arc a place where you can find relationships that mean something, appreciate the impact people you come across have on you and realize the impact that you can have on others. Embrace the learning, the growth and opportunities The Arc can give you. I know if someone would have told me 20 years ago to pay attention because I would end up being “the boss” that I would have NOT believed them. I probably would have promptly stopped paying attention, but at 23, I was a sponge, I was ready to learn and be influenced. Thank goodness I landed here, with the people who were here then (and still for the most part now). For anyone who knows me, they know I hate titles, I would be content being seen as the same “young woman” I was when I started, but when you are given access to people like Henrietta Messier, Chris Liuzzo, Beth Mount, Hanns Meissner, John O’Brien, Michael Kendrick and David Pitonyak, you can’t help being impacted and strive for more; no day is mundane and everyday demands us to see a better future for the people we are here for. So I am surprised, but proud that I am still here, and sit in the seat that I do; I hope to be able to foster the same environment of growth and development for the men and woman of The Arc. When are better for ourselves we can be better for the people we support and we are all better for all being a part of The Arc. 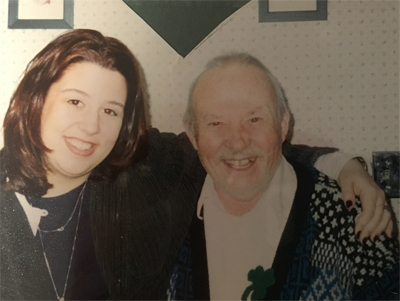 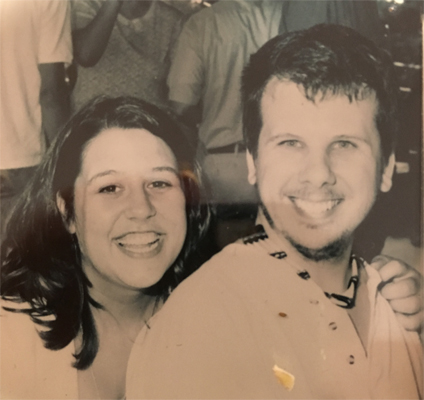 Tracey with Phil Wentworth in 1997

Meet Lauren, a young woman who has an upbeat, energetic, engaging personality along with a remarkable enthusiasm for life. Her interests include the medical field, forensic science, and sports. Lauren has become a first responder with the Hoags Corner volunteer ambulance company where she has been a member for over a year.

But one of the most important parts of Lauren’s life was her love of music. This love for music led her to meet Rachel, an employee at The Arc of Rensselaer. One day, Lauren was rockin’ out in the hallway with drum sticks and air drums. Rachel asked her if she played drums. She replied, “Yes!” and insisted she was going to be a rock star!

The mission of The Arc of Rensselaer County is to advocate for the rights and safety of individuals of all ages who have an intellectual disability and/or a developmental disability or delay.
The Arc is a source of support, specialized knowledge, and available resources in assisting individuals and their families to meet their needs and goals.
The Arc works to influence societal attitudes and governmental policy so that people with intellectual and developmental disabilities will have access to the services, assistance, and opportunities they need for personal growth and development, and participation in the community.

We Want Your Feedback!

The Arc of Rensselaer County asks for your feedback on our services and supports. If you are a person receiving our supports, or a family member, we ask that you take a couple of minutes and respond to the survey link. All comments are kept confidential, and our intentions are only to improve the work we do. We thank-you in advance for support of our agency and your interest in completing this survey.
Take the Survey

If you want to report any situation that you think represents Medicaid fraud within the agency, please call the Corporate Compliance Hot Line at 518-687-1395